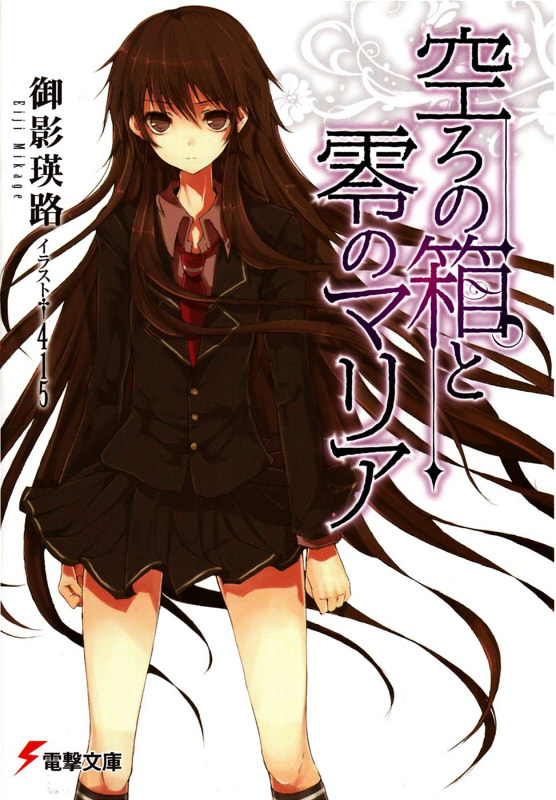 Go on and read that Light Novel called Utsuro no Hako to Zero no Maria. Written by Eiji Mikage and illustrated by Tetsuo(nsfw). Story is about Kazuki, a high school student who lives an, quoting him, “everyday life”. Until one day where he is involved with a mysterious person who asks him whether he would like a “box” that would grant him any wish. The next day at school a transfer student named Aya Otonashi join, his class. She introduces herself’ (hence my avatar) and she finishes bluntly by saying “Kazuki Hoshino, I’m here to break you.” . 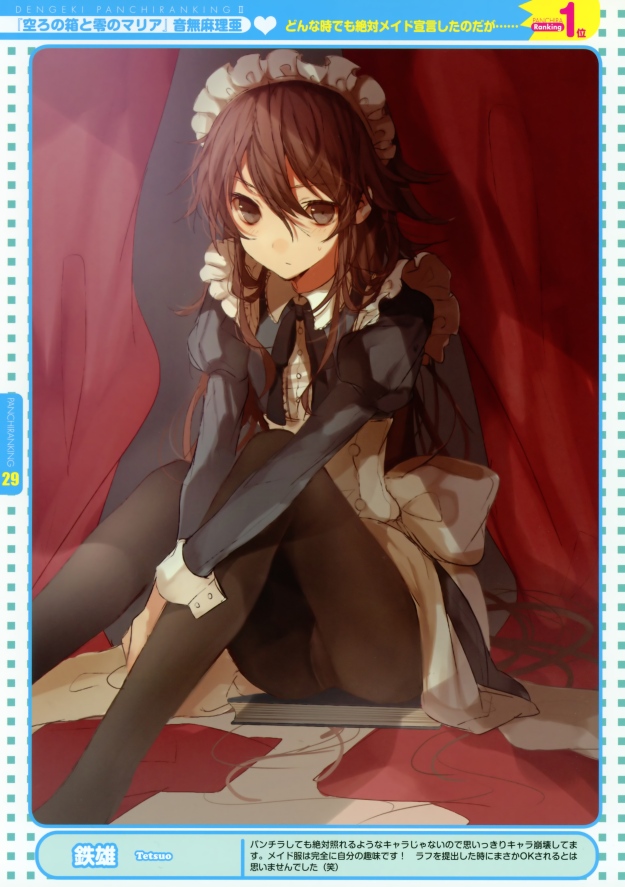 Can’t say any much more to not spoil things.  It’s slice of life, well it can seem like so, I don’t know how to explain it but it’s more like a mystery with dark elements and bizarre things, nothing as scary as Chaos:Head or other stuff though. The story can be quite confusing at first(like every other light novel) but the complexity is what I love about it. I don’t think I read a story similar to it ever in both originality and quality.
The 4 released volumes for now are fully translated in English thanks to EusthEnoptEron and Kadi so you should really check it out at Baka Tsuki.

Talking about this was one of the main reasons for making this blog since I really love it. I want it to be a little more known. And of course Maria is my waifu etc. I gotta talk about it everywhere.

1 thought on “Utsuro no Hako to Zero no Maria”