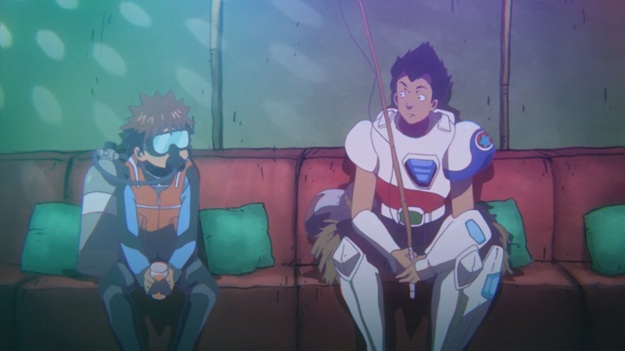 I was watching this yesterday then saw it. It’s been a while I actually laughed to a blatant not subtle reference like that. I guess those are funny if you totally don’t expect them. Tatsunoko did Muromi anime and is also the studio who made Urashiman. I wouldn’t know about it if not for randomly watching the first episode a few months ago. Probably heard about it on /m/.  I’m planing to watch the rest someday. It aired under the name Super Durand in France but I wasn’t born yet then, and I don’t think it ever got rebroadcasted.