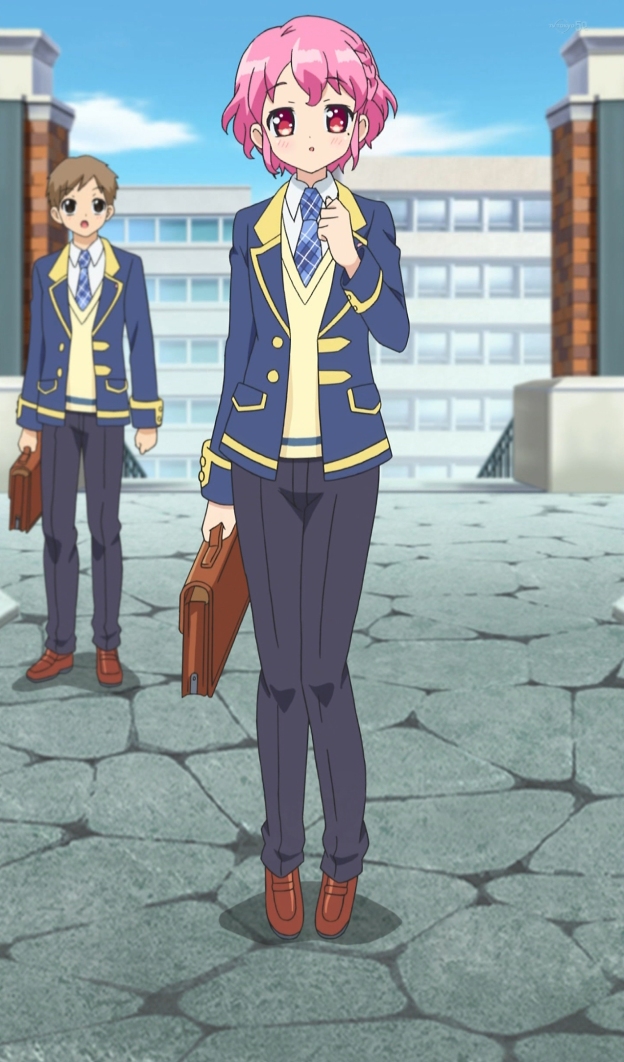 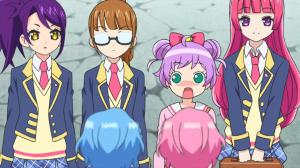 Mireille is always so cute when she admits that she’s Mireille. 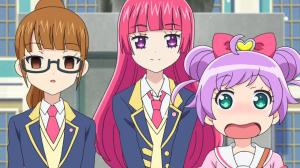 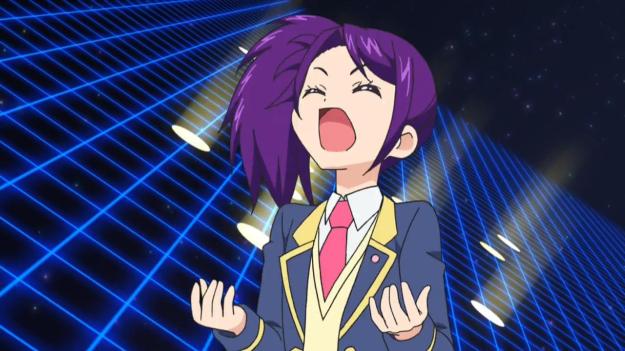 I didn’t predict it either Shion.
Not really sure what to think of that. In one sense it’s good. I always say the show is super predictable and that nothing happens. It actually does make sense too. Leona does whatever Dorothy does to the max, so he started dressing as a girl and started PriPara because Dorothy does. But in another sense it feels like blatant pandering. There’s also no explanation as to why their parents named him Leona.

Mireille’s eyes are still dead even after the OP

>There’s a rule saying if you got your first Purichike delivered then you can do PriPara regardless of what you are
Okay I guess. They should actually use this though and introduce newtype dolphins doing PriPara. So now that Dorothy and Leona transferred, Dorothy is in 1-B, Leona in 1-A with Mireille. Shion is in 1-C. 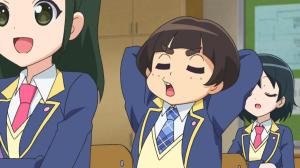 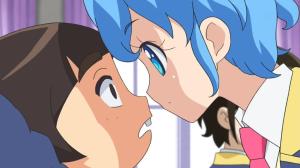 They gave Mireille the wrong eye color there. 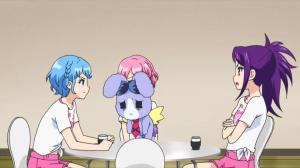 Pretty much had the same reaction as Usagi there. Typical development is typical. Plus it again belated the Go themed making drama. They’re making us wait so much for Shion’s own making drama so I sure hope it’ll be great and be some galaxy level Go stuff. I hope Leona’s at the end of the ep is crazy too.

I guess they did plan for Leona to be a boy from the start. They didn’t show his eyecatch until now because it would have given it away. 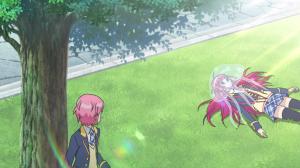 When they showed him watching the moon I knew they’d whip out the “I’m only the moon reflecting the sun” line. Another thing checked on the “typical stuff to do in an idol anime” list I guess. 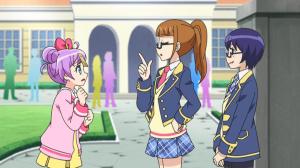 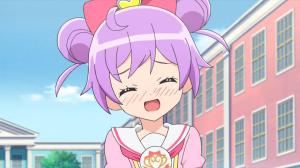 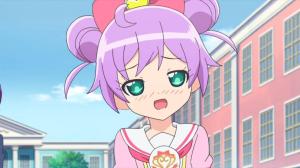 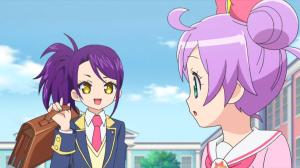 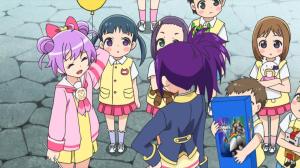 Gold Lightan reference, and also the same as in Rainbow Live 45 on the book Kouji had when he was a kid. 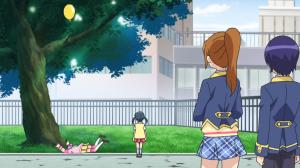 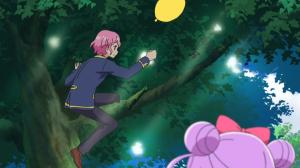 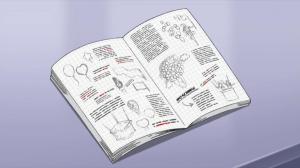 They should have done a joke of Laala getting mixed up with the kids when going back in class or something. Leona does everything Dorothy says because she’s super nice, unlike Dorothy, and always wants others to be happy. That’s cool. 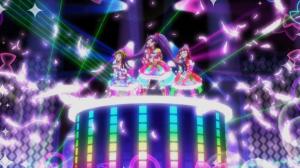 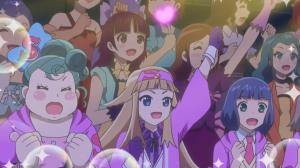 I lost my bet about them getting forgotten starting episode 18. Also salami smile needs a new making drama. 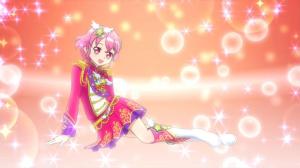 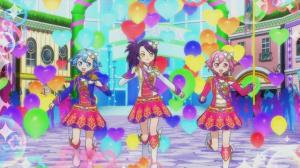 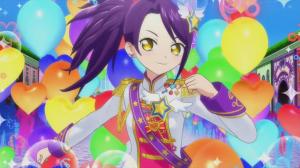 ZENRYOKU DAAAASSHUU. Well it was okay. Not crazy but okay. 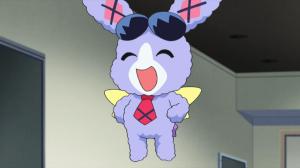 At least they’re admitting that Sophie already had the same development since she’s the one who helped Leona. She did nothing for 4 episodes so it was nice to see Sophie do stuff again.

Was an okay episode. A bit of fun and character development. Leona went up in my character esteem but still not as best as Shion.
Still nothing on the plot side of things but I’m used to it now. 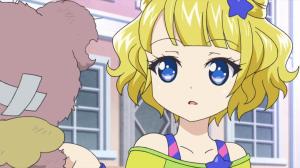 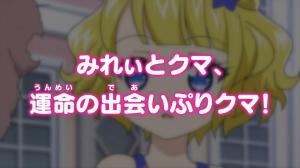 Eeeh how Mireille and Kuma met huh. That sounds interesting and is one of the things I wanna know too. Sounds like a good story.