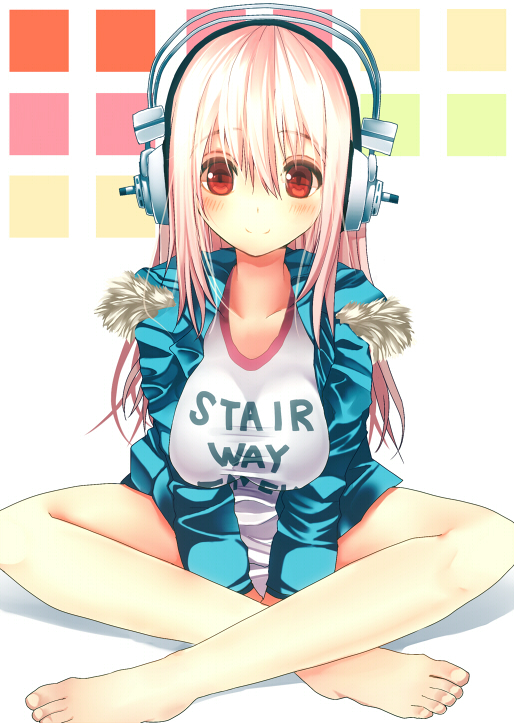 Epitanime is one of the oldest con in France. They often invite prestigious guests. Last year it was Ryukishi07, and I wrote about it in detail here and here. This year, it was Urobuchi Gen and Kosaka Takaki, members and creators of the company Nitroplus. Just like with Ryukishi07 last year, the guests gave two conferences. Sadly, I only managed to attend the second conference on the 19th, so I will only write about this one. I’d rather not write about something I didn’t see and hear myself. Speaking of that, I apologize in advance if I made any mistake, or remembered something wrongly. The conference was also streamed live on Niconico, and some of the questions Urobuchi san and Kosaka san answered were picked from there.

The conference began with Urobuchi san and Kosaka san introducing themselves. Urobuchi san jokingly said that while a lot of people call him Urobutcher, he never worked at a butchery.  Kosaka san said that the room is probably filled with anime fans, and that we’ve seen shows with a relation to Nitroplus, but he asked us if we also know about their Visual Novels or played them. A good portion of the audience raised their hands, which made him happy. “We’re going to have a good discussion.” He said.

Note: There’s going to be massive spoilers on Fate/Zero, Psycho-Pass and Saya No Uta.

END_OF_DOCUMENT_TOKEN_TO_BE_REPLACED

Mondaiji already ended last week. It was so short. Way too short. I know I keep saying that you shouldn’t judge shows without watching them first, but there’s one thing I always keep track of before a show starts: I believe the longer a show is, the stronger chances it’ll have to be good. You need time to make a good show, in order to develop the stories and characters. The shorter the series, the harder it is.

I’m always surprised to hear someone tell me they stopped watching Aikatsu simply because they learned that it’s 50 episodes and that they don’t have the courage to stick with it until the end, while I’m thoroughly delighted each time I remember this fact, thinking about all the fun I’ll be having. There’s very few 10~13 episode anime that are all time favorites of mine. It needs to be at least be 25~26 episodes. And even 26 episodes feels short to me at times.

As an example, Madoka Magica aired two years ago. I think it was a good show, but I certainly don’t like it as much as some people who would call it a masterpiece. There’s a good chance I would’ve liked it more if it was 26 episodes. Of course, OVAs and movies are a whole different story. 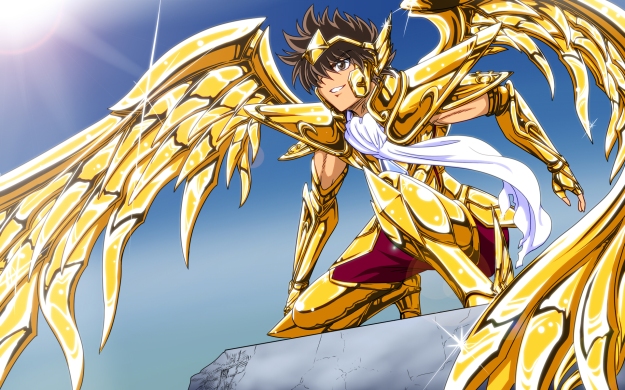 END_OF_DOCUMENT_TOKEN_TO_BE_REPLACED

When I was watching Madoka, it always made me think of Gundam X as it’s the only other show I watched where an episode title is a quote from it. I secretly dreamed of this. AND SOMEONE MADE IT.

Remember, Gundam X starts with Dreams, comes to a Resolution and ends with a Human Touch.

RAMBOMURA.(click the pic , it’s a gif, thanks to GBolt for making it)
Anyway, I wonder if it’ll get an happy ending or not. Also, instead of stealing firearms, Homura should have stole Discovery and travel to Kyubey’s planet and murder them all from the core by dropping nukes on it. Or  drop a colony on it. Too bad this is no Gundam. This episode reminds me of stuff like hakomari vol1, Higurashi etc. Same fate etc stuff.