I really liked this show. It was really good for a one cour show. It wasn’t perfect like Level E, but it still in the upper bracket of one cour shows. Seeing Sugita bro voice a villain for once was nice too.
It made me mad again about one cour series though. The rest of the story seems so interesting, and yet’ll we’ll never get to see it animated. The “go read the novel” spoiler ending made me particularly mad.

Tensai is voiced by Asumi Kana, which is also Aira in Pretty Rhythm Aurora Dream. A cool japanese Pretty Rhythm fan on twitter noticed how Tensai in episode 8 wore a similar, but different cat pajama as Aira in episode 25 of AD. I don’t know if they did it on purpose or not. The suits aren’t the same so probably not.
Also tfw when there’s now seiyuus younger than me. Nanana’s seiyuu is 17. She was also Cecil in Wizard Barristers, which I liked and had a good story. The penultimate episode with literally no animation was unacceptable though.

There was also a lot of footage of Nanana playing PSO2. In one episode, you can see her fighting Dark Falz Luther, which they had just added in the game back then. It was funny seeing her say “this boss is hard”, as most players were having a real hard time with him. It shows the staff were really playing the game and not putting random footage. 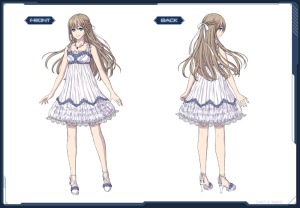 Maybe to thank them for the free publicity, later Sega added a dress in PSO2 that kinda looks like Nanana’s dress. I’m probably just thinking too much about it though. 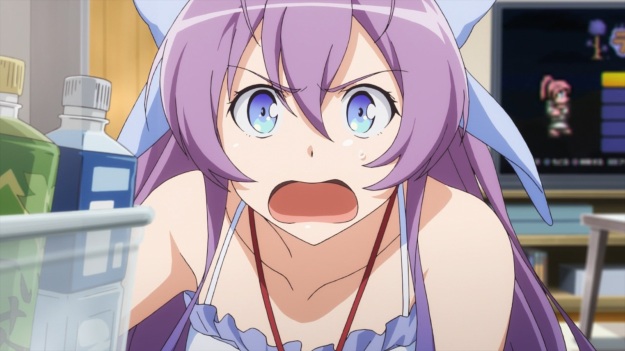 This is my favorite thing that started this season among the things I picked up. Nice thing it totally doesn’t matter as I don’t only watch stuff airing. Ever since I heard about it I thought I would love it and even bookmarked the news so I don’t forget about it. Now that the anime started I love it. I’m really glad I wasn’t wrong about myself.
It really sucks how it’s only 12~eps and we won’t get to see all the story. I hate one cour shows so much. Everything should be at least 26 episodes long. and even 26 is short.
The jikais are on the official site. The videos are IP blocked Japan only though.

Nanana chan is soooooo cute. Especially her dress. If I get married I wish my wife wears it  for me.